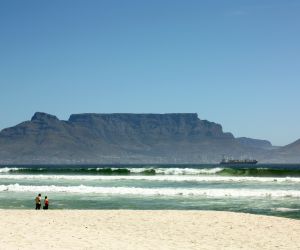 Cape Town, also known as the Mother City is the darling of South Africa and one of the most recommended cities to visit in the world.

The town Cape Town was originally established in the 1600`s as a trading station for the Dutch East India Company to supply fresh food to their ships heading to the east. Jan Van Riebeeck was the first European to settle here in 1652.

Since then Cape Town has developed around the magnificent Table Mountain. Cape Town has a warm summer and wet winter. It is home to some of the most beautiful beaches in the world namely Camps Bay, Clifton and the famous surfing beach – Muizenberg.

Cape Town offers something for everyone from world class shopping at the V&A Waterfront, 5* hotels to budget backpackers. Beaches and beach bars, fantastic restaurants and night clubs.

Things to do while in and around Cape Town:

We can probably go on for a while – a day in Cape Town is not enough – set at least 3 days aside to take in this beautiful city.